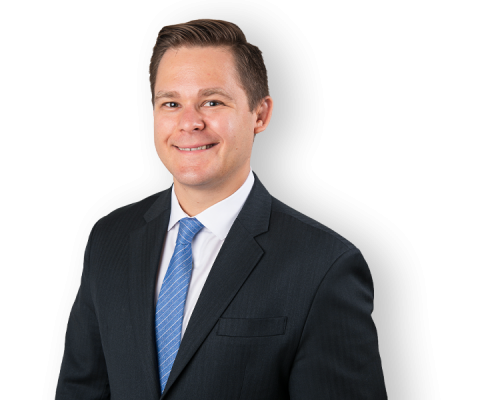 During his time at the University of Calgary’s Faculty of Law, Mihai was actively involved in the mooting program. He was part of the winning team in the Alberta Court of Appeal (Constitutional) Moot and was a finalist in the Blackstone Debate Competition. He also participated in the Gale Cup, a national competition, the McGillivray Moot, and the BLG Trial Advocacy Competition.

In law school, Mihai worked as summer student for a civil litigation lawyer in Calgary and as a research student at the Alberta Civil Liberties Research Centre. He was also a tutor for first year law students during their Foundations Block Week Course.

Mihai obtained a Bachelor of Arts from Simon Fraser University with a major in Criminology and an extended minor in French. Prior to law school, Mihai worked for the Financial Institutions Commission of BC and the Royal Canadian Mounted Police in various support roles.

Outside the office Mihai enjoys hiking, squash and Brazilian Jiu-jitsu. He is fluent in French and Romanian.

How Can Condominium Corporations Collect and Pursue Delinquent Unit Owners for Their Legal Fees?

The law is not yet settled whether condominium corporation can collect legal fees from delinquent unit owners or not. What both the unit owner and the condominium board members should know.

Frustration, Force Majeure and Contracts During the COVID-19 Pandemic

This post will describe two mechanisms to relieve parties of their contractual obligations due to COVID-19: force majeure clauses and the frustration doctrine.

Enduring Power of Attorney and Personal Directive During COVID-19

In light of the current global COVID-19 pandemic, we want to focus on the importance of the Personal Directive and Enduring Power of Attorney. Having these documents in place will save your family members time, money, and headache when it comes to addressing financial and healthcare management.

Who Pays For Condominium Unit Damage?

Here’s a common event in Alberta condominiums: A water pipe bursts in one unit, causing water to leak into several other units. Each unit suffers significant damage and the Condominium Board becomes involved with the repairs. Who is responsible for the deductible? The condominium as a whole or the owner…

On April 8, 2020 Prime Minister Trudeau and the Federal Government of Canada announced the details of the new Canada Emergency Wage Subsidy (“CEWS”) to assist Canadian businesses financially impacted by the COVID-19 health measures. The intention of this program is to provide a 75-percent wage subsidy to eligible employers…

The COVID-19 pandemic has affected Alberta’s economy and working culture. In response to this pandemic, the Alberta Government on April 6, 2020 made many legislative changes to the Employment Standards Code. Key information about these changes is discussed here.