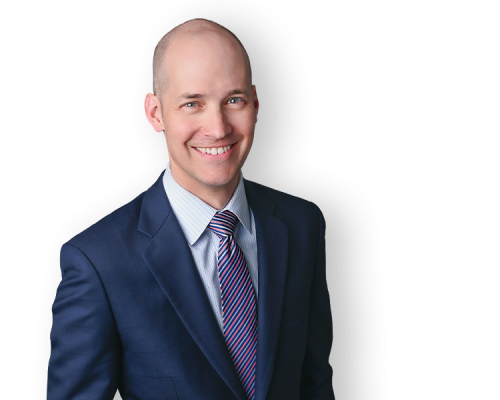 Dylan obtained his LL.B. in 2009 and joined Carbert Waite in 2016 after practicing with a major national law firm. Dylan joined the firm as a partner in 2019, and as a member of the firm’s Executive Committee in 2022.  Dylan is also the co-leader of the firm’s employment law group with Roxanne Davis.

Dylan has represented clients in mediations and arbitrations, and has appeared before all levels of Court in Alberta as well as the Federal Court of Canada.

Dylan also represents plaintiffs and defendants in general commercial and civil litigation matters including the representation of business people and organizations in commercial disputes, including fraud and breach of contract claims.

He received his bachelor’s degree in fine arts from the Alberta College of Art and Design, his LL.B. from the University of Alberta and his Certificate in Pension Law from Osgoode Hall Law School.

Dylan is an Instructor in the Faculty of Law at the University of Calgary where he teaches Law 561: Employment Law.  Since 2013, Dylan has also been a regular guest lecturer at the University of Calgary and Mount Royal University on the topics of employment law and human resources. He regularly speaks at conferences and seminars and has provided training on a variety of employment matters, including wrongful dismissals, privacy, disability management, drug and alcohol issues, and employment standards.  He has worked for the Alberta Municipal Government Board and has volunteered as a member of the City of Calgary Licence and Community Standards Appeal Board since 2010 where he adjudicates City Bylaws matters.

The Dangers of Self-Represented Employers

This blog post is an example of everything that can go wrong when an employer is unaware of their human rights obligations and they attempt to self-represent.

This blog post examines how the Canada Revenue Agency has interpreted settlement payments through their issuance of Interpretation Bulletins and Income Tax Folios.

No Aggravated Damages for Independent Contractor

Employers must be cautious in agreeing to an Independent Contractor relationship with workers.

Dylan Snowdon offers his opinion on the recent decision of the Human Rights Tribunal of Alberta, where they addressed the issue of an employee dismissal during a medical disability leave.

Carbert Waite LLP is pleased to share this virtual presentation and discussion. Mandatory vaccinations, requiring a return to the office, and managing employee requests for flexible work arrangements will be covered as we discuss rights and requirements for employers seeing to return employees to work.

This blog discusses the religious exceptions people think that could avoid vaccine mandates put in place by companies and what employers should know.

Since the beginning of the Covid-19 pandemic, in-person termination meetings have become anywhere from inconvenient for people working predominantly from home to potentially impossible in some cases.

A New Way Employers Can Deal With Online Harassment

Employers have a new tool available to them for dealing with online harassment. But, what is legally seen as internet harassment?

On January 28, 2021 team members from Carbert Waite’s Employment Law group hosted a webinar on current employment law issues, focusing on: Top Employment Cases from 2020 Mandatory Vaccinations in the Workplace Bill 47: Ensuring Safety and Cutting Red Tape Act The webinar was moderated by Dylan Snowdon, who was…

For workplaces that remain open, or those considering how to resume operations, the possibility of screening employee temperature is being explored with greater frequency. With major corporations around the world announcing screening programs to both increase worker safety and consumer confidence, many others are asking if they should follow such…

The federal government recently launched a new Canada Emergency Wage Subsidy (“CEWS”) calculator on the Canada Revenue Agency website. This calculator is intended to help eligible employers estimate the amount of their subsidy claim in advance of applying for the CEWS.

Canada vs. US Employment Law

Employers coming to Canada from the US, or employers with operations in both jurisdictions, need to be aware of local employment laws. While there can be some exceptions, for the most part, where the work is being performed will determine the laws applicable to a worker. There is no end…

Are you Ready for Your Holiday Party?

As we approach the holiday season, it is important that employers reflect on what can be done to ensure their holiday party is fun, safe, and enjoyable. Employers should be aware of all safety-related liabilities that can exist and host holiday events with the prioritization of employees’ safety in mind.…

Review of Recent Changes to the Canada Labour Code

Many changes to the Canada Labour Code came into effect September 1, 2019 that will impact federally regulated employers.

Shortly after hiring a new employee, your company might receive a Cease and Desist letter telling you that the employee you’ve hired is subject to a non-competition or non-solicitation agreement with their former employer. The letter might demand that you terminate the employee or take steps to ensure the employee…

Is there a Script for Terminating Employees?

Ending someone’s employment is a serious moment in their life, and should be addressed thoughtfully and with sensitivity. Most people assign a large amount of their identity to their job.

What to Do If You Are Being Investigated at Work

Becoming the subject of a workplace investigation is extremely stressful, so it is important to take the time to respond to and participate in an investigation carefully and calmly.

Limits of Accommodating Marijuana Use in the Workplace

In February 2018, Canadian Family Physician, a peer-reviewed medical journal and the official publication of the College of Family Physicians of Canada (CFPC) issued new simplified guidelines for when primary care physicians should grant a licence for medical marijuana.

On November 2, 2018 the Court of Queen’s Bench of Alberta issued a decision that may impact how many employment disputes are heard by the Court.

We are frequently asked by employers how to end the employment of employees who are part time or work irregular schedules. Most Canadian employers understand the need to provide notice of termination of employment, as set out in the employee’s contract or under the common law.

When Are Employees Fit to Work?

On March 22, 2017, the federal government released its 2017 budget. The new budget includes proposed changes to the Canada Labour Code, the Employment Insurance Act, and other legislation that will affect Canadian workers and employers.

Should I Accept This Severance Package?

When your employment is terminated, and you are considering whether or not to accept a payment being offered in lieu of notice, there are some key elements you should think about.