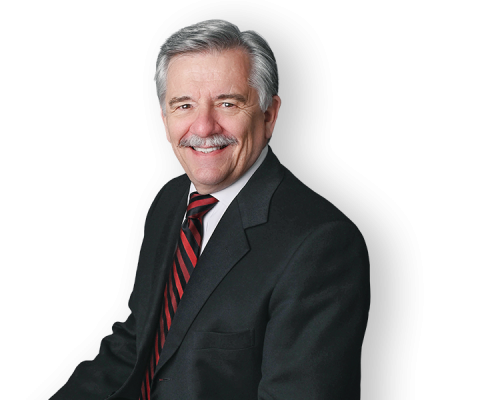 Prior to attending law school, Jim qualified as a Chartered Accountant with Touche Ross, an international firm of Chartered Accountants in Montréal, Quebec. He began his legal career in Calgary in 1981 with Ballem McDill & MacInnes (now, Gowling WLG). Prior to joining Carbert Waite LLP in 2007 as Associated Counsel, Jim practiced tax and corporate law with the Calgary office of the national law firm, Borden Ladner Gervais LLP.

Jim is highly skilled in general corporate and commercial law matters, including incorporations, the reorganization of share capital, the purchase and sale of businesses, amalgamations, corporate dissolutions, as well as the drafting of unanimous shareholder agreements and partnership agreements.

He has over 35 years of tax law experience relating to various personal income tax matters, including the implementation of estate freezes, succession planning, wealth management and tax deferred “rollovers” of assets and shares. Jim has extensive experience in providing tax advice in connection with a broad range of corporate transactions, including mergers and acquisitions, share exchanges, share capital amendments in addition to various corporate reorganizations and restructurings.

Jim’s practice is currently focused on owner-managed private corporations as well as succession and estate planning matters, including the preparation of Wills, Enduring Powers of Attorney, Personal Directives and applications for grants of probate.

Jim is also interested in military history and aviation matters. He is a former Director and the immediate Past Chair of The Hangar Flight Museum of Calgary. Jim was previously an active private pilot (commercial license). He is a past President and Director of the Calgary Flying Club and a past Chairman, Legal Advisory Committee, Canadian Owners and Pilots Association (COPA). While attending university, he served with No. 401 “City of Westmount” Air Reserve Squadron (Sergeant, aviation technician). Prior to transferring to the Air Reserve, Jim served as a Trooper with The Royal Canadian Hussars (Montréal), an armoured reconnaissance regiment of the Canadian Army Reserve.