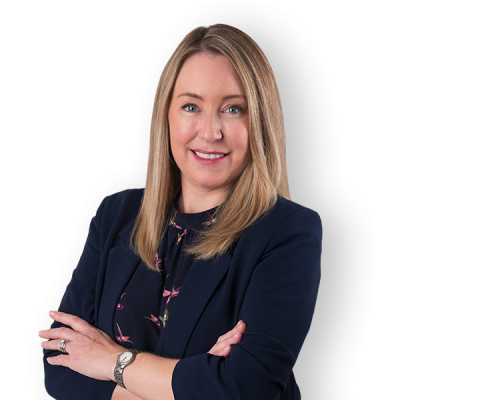 Fiona is an Associate at Carbert Waite LLP. Prior to attending law school, Fiona had a lengthy career as a registered nurse, in which she worked primarily in the post-anesthesia care unit. Fiona has worked as a nurse in Scotland, Saudi Arabia, and Canada. Fiona remains licensed with CARNA and continues to practice as a registered nurse on a casual basis.

During law school, Fiona worked as a research assistant in the areas of environmental, administrative, and regulatory law, and she co-authored an academic paper in the Journal of Environmental Law and Practice, which examines the use of creative sentencing orders which direct an offender to fund projects that facilitate objects such as environmental research, education or remediation.

In her third year of law school, Fiona was involved with the Public Interest Law Clinic at the University of Calgary which facilitates access to justice, supports litigation on public interest legal issues, and advocates for law reform, in areas such as environmental protection, human rights, and public health. Through this experience, Fiona was able to assist with preparing a file for the Supreme Court of Canada.

Fiona was also actively involved in the University of Calgary mooting program, where she competed in the William McGillivray Moot Shield Competition and the Bennett Jones Cup in Health Law Advocacy competition. Fiona remains involved with the mooting program and enjoys providing mentorship to students.

In June 2021 the Federal Government began accepting applications for its Vaccine Injury Support Program (VISP). This blog discusses the new program and examines its eligibility criteria and application process.

Amendments to Medical Assistance in Dying Laws in Canada

This blog post reviews the judicial and legislative history of Medical Assistance in Dying (MAiD) in Canada, outlines the major new changes, and discusses some ongoing concerns with the MAiD laws.

On July 17, 2019 the Alberta Court of Queen’s Bench ruled in JH v Alberta Health Services, 2019 ABQB 540 that several provisions in the Mental Health Act, specifically those pertaining to involuntary detention, were unconstitutional. This blog post explains some of the key changes and comments on how these…

Bill 32: Restoring Balance in Alberta’s Workplaces Act, was introduced in the Alberta Legislature on July 7, 2020, and received Royal Assent on July 29, 2020. Bill 32 introduces a number of changes to Alberta’s Employment Standards Code and Labour Relations Code. This blog post explains some of the changes…

On July 6, 2020, the Legislature of Alberta introduced Bill 30: Health Statutes Amendment Act, 2020. Bill 30 proposed amendments to a number of statutes across the health sector. This blog post explains some of the key changes and discusses how these changes may affect Albertans.

For workplaces that remain open, or those considering how to resume operations, the possibility of screening employee temperature is being explored with greater frequency. With major corporations around the world announcing screening programs to both increase worker safety and consumer confidence, many others are asking if they should follow such…

COVID-19: Navigating Working From Home for Employers and Employees

The COVID-19 outbreak is forcing organizations and employees to rely on remote work arrangements. While work from home arrangements have intrinsic challenges, the current COVID-19 social-isolation measures add further difficulty, as many employees are now balancing working from home with childcare obligations or home-schooling.

When Can I Use an Electronic Signature?