Blog // The Enforceability of Non-Disclosure Clauses in Sexual Harassment Lawsuits 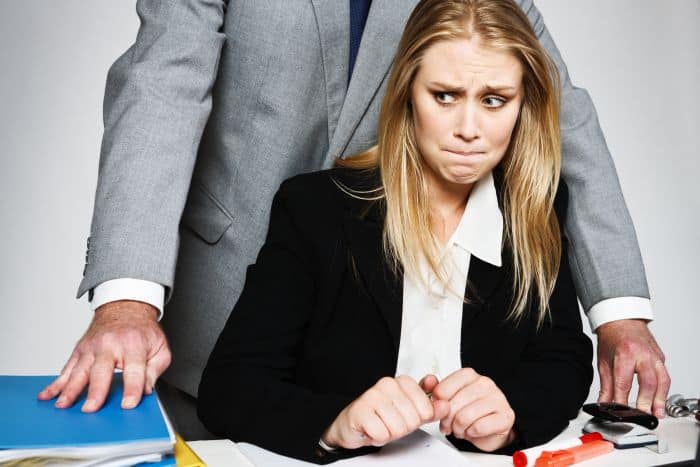 The Enforceability of Non-Disclosure Clauses in Sexual Harassment Lawsuits

There has been considerable public attention recently on a variety of forms of agreements which limit an individual’s right to bring claims or to disclose sexual harassment. Influential Hollywood movie producer Harvey Weinstein was accused by more than 70 women, including employees of the Weinstein Company and actresses in his movies, of sexual harassment and sexual assault. The employees who worked for the Weinstein Company were all required to sign non-disclosure agreements barring them from discussing the details of their employment and their allegations.

Are these clauses enforceable in circumstances of sexual harassment?

Several U.S. states have proposed legislation prohibiting confidentiality provisions in contracts that effectively conceal harassment or discrimination. Is similar legislation appropriate in Canada? Perhaps not. The courts have been reluctant to allow employers to rely on releases and non-disclosure agreements to prevent employees from publicizing or bringing claims relating to sexual harassment.

In Kamloops-Cariboo Regional Immigrants Society v. Herman[i] (“Herman”), Ms. Herman was hired as the executive director of the plaintiff immigration society and signed a confidentiality agreement. She sent an email to the society’s board of directors advising that she was going on medical leave due to the hostile environment created by the board president, whom she alleged was abusive and out of control. While Ms. Herman was on medical leave, she and others sent a letter to the board alleging that the interim executive director and president of the society were harassing employees. A disparaging article appeared in a newspaper claiming there was turmoil at the society, but Ms. Herman was not quoted, nor was there any mention of the harassment allegations. Ms. Herman’s employment was terminated for cause, and the plaintiff society brought an action against her for breach of confidentiality.

Further, this is not the type of “confidential information” conceived of under this cause of action. Mrs. Herman disclosed her own personal perception of harassment to employees of the Society, who in turn discussed their experience of harassment with her. They then attempted to use an internal mechanism to communicate their complaint to the Board in order to resolve the issue. In this context, the information shared and provided related to their personal experiences, and was not information for which the Society retained a proprietary right. This information belonged to the employees, and was not communicated in confidence by the Society itself.[ii]

I am satisfied that Mrs. Herman did not obtain the information in a confidential manner, and thus has not breached any confidentiality provisions.[iii]

The court held that claim had not been made out and dismissed the action.

Watson v. The Governing Council of the Salvation Army of Canada

In Watson v. The Governing Council of the Salvation Army of Canada[iv] (“Watson”), Ms. Watson was the manager of the defendant Salvation Army thrift store for 5 months in 2011. At the time her employment was terminated, Ms. Watson signed a Memorandum of Settlement and a Release and was paid $10,000. The individual defendant, Mr. Court, was the National Director of Operations for the store’s National Recycling Operations Division. Salvation Army terminated Mr. Courts employment in 2015 for cause after investigating sexual harassment complaints brought by a number of employees against Mr. Court. In 2016, Ms. Watson brought a claim against Salvation Army and Mr. Court alleging Mr. Court sexually harassed her and seeking damages for negligence, intentional infliction of emotional harm, and breach of fiduciary duty.

The claim against Salvation Army settled. Mr. Court brought a motion for Summary Judgment of the plaintiff’s claim on several grounds, one of which was that the Release prevented Ms. Watson from bringing the claim. Clause 3 of the Release stated:

This release of claims shall include any claims against anyone or any organization in any way associated with The Salvation Army which arise out of or which are in any way related to or connected with my employment or the ending of my employment.[v]

While many of the alleged events occurred at the place of employment and, perhaps, because of the employment, sexual harassment, intimidation and other improper conduct are not connected to employment. They are clearly separate matters.

The Salvation Army, quite properly, acknowledges that sexual misconduct does not arise from the employment relationship. Here, the settlement was negotiated by the Human Resources manager. Cases involving sexual misconduct are handled by the Director of Employee Relations. The settlement pertains to severance only. As the alleged conduct falls outside of the employment relationship, specific language to such claims would need to be added to the Release to bar the present claim.[vi]

The court dismissed the defendant’s motion for summary judgment on that basis.

Most would agree that it is in the public interest to allow victims of sexual harassment to report their complaints and pursue their claims. If the harassment victim is legally prevented from disclosing the harassment or from pursuing a legal remedy, their harasser may feel emboldened to continue their behavior unchecked. Obviously, this is an untenable result. However, there is also a legitimate interest in allowing parties the ability to resolve their disputes outside the court system and to have confidence that those agreements will be enforced absent evidence of unconscionability. Do these 2 cases represent an appropriate way of achieving that public interest?

In Watson, the court finds the release does not apply because the sexual harassment perpetrated by another employee was improper conduct and therefore conduct which falls outside the employment relationship. That finding is inconsistent with the law of vicarious liability in employment relationships. There are a number of circumstances where an employer is vicariously responsible for tortious (and therefore “improper”) conduct of an employee, including negligence, fraud, theft, assault, and defamation. How does it make sense for a legal system which holds employers responsible for improper conduct of its employees in the tort context to exempt from a release that same conduct on the basis that it is improper conduct and therefore outside the employment relationship?

Rather than going to such lengths to find a way of interpreting a non-disclosure agreement or release that allows victims to pursue their grievance, perhaps it would make sense to follow the U.S. example and enact legislation which prohibits confidentiality provisions or releases that effectively conceal harassment or discrimination. Failing that, perhaps courts could be more direct in their reasoning and simply find non-disclosure agreements or releases void as against public policy in these circumstances.

If you are an employer considering the use of an NDA or a release in a case involving sexual harassment, ensure that the document is carefully drafted so that it will act to protect your confidential business information while still permitting employees an outlet to voice their concerns. An NDA is a form of restrictive covenant, and the courts are generally reluctant to uphold restrictive covenants that are too broadly drafted in favour of the drafter. Further, the NDA should be written to ensure that those specific matters the employer wishes to remain confidential are covered by the NDA’s terms.

If you are an employer or an employee and have questions about the drafting of an NDA or the validity of a release, please CONTACT Carbert Waite LLP – we would be pleased to help.