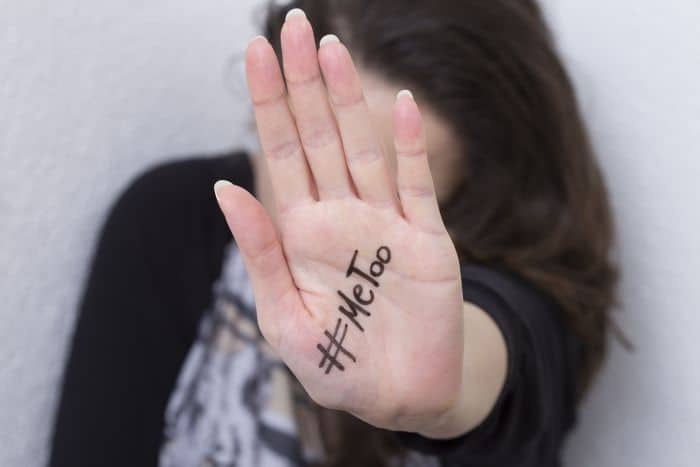 We have all watched the growing sexual harassment scandal roiling the American entertainment industry and causing the downfall of American political figures (with notable exceptions). Corporations and organizations across North America in numerous industries are dealing with an onslaught of credible allegations, some involving high profile employees and senior executives. Employers will be under pressure to act decisively perhaps from multiple sources (employees, media, shareholders etc.). Termination for cause will be the appropriate outcome in some cases but not in others. Legal advice should be sought from experienced employment lawyers early in the process to determine the appropriate remedy.

As trusted employment law advisors to employers and employees, we want to underscore that Alberta employers have a duty to keep their employees safe from sexual harassment. At the same time, it must be remembered that employers also have a duty to conduct a fair investigation without a rush to judgment. After briefly discussing exactly what sexual harassment is, we will review the scope of these duties, and best practices of employers to safeguard their employees.

What is Sexual Harassment?

In Alberta an employer has duties to keep employees safe from sexual harassment under the Occupational Health & Safety Act, RSA 2000, c O-2 and under the Alberta Human Rights Act, RSA 2000, c A-25.5. The Supreme Court of Canada in the seminal case of Janzen v. Platy Enterprises Ltd., [1989] SCR 1252 clearly enunciated what sexual harassment is: unwelcome conduct of a sexual nature that detrimentally affects the work environment or leads to adverse job – related consequences for the victims of the harassment. Sexual harassment is not limited to demands for sexual favours, but also encompasses situations in which sexual demands are foisted upon unwilling employees or in which employees must endure sexual groping, propositions and inappropriate comments. Other authorities establish that sexual harassment can be either overt or discrete, and can include conduct of a physical, mental, psychological or verbal nature. It is not necessary that there be an intention to harass to establish harassment. The harassing conduct also does not need to be directed at a specific individual – the actions of their harasser can be such as to create a hostile or poisoned work environment. Sexual harassment usually has an element of persistence or repetition, although a particularly severe but isolated incident may suffice to establish harassment. Although the majority of the claims of sexual harassment involve harassment of women, there is no gender specific qualification and it is possible for members of the same sex to sexually harass each other, as well as a woman to harass a man.1 Sexual harassment can also occur in any combination of working relationships, including between fellow employees, in addition to harassment by a supervisor of his or her employee.

What are the Duties of an Employer in the Face of Sexual Harassment?

The authorities have made it clear that vicarious liability of the employer for the sexual-harassment of their employees will only be established if the harassment occurs “in the course of employment”, as is illustrated by this leading case, Robichaud v. Canada (Treasury Board), [1987] 2 SCR 84. An employer, however, does not have to have actual knowledge of the harassment for the employer to be held vicariously liable. The following activities have been found to be within “the course of employment”:

This means that the employer could be liable for sexually harassing behaviour that occurs outside of work hours as well as outside of the workplace. This very recent Supreme Court of Canada decision. British Columbia Human Rights Tribunal v. Schrenk, 2017 SCC 62, also holds that an employer can be liable for sexual harassment by an employee of people outside of the company, for example, a worker from another company working at a common worksite.

Minimum Duties of the Employer

This  recent Alberta case, Watkins v. Willow Park Golf Course Ltd., 2017 ABQB 541, suggests that the minimum duties of an employer in the face of sexually harassing behaviour by one of its employees may be to:

In this case the 61-year-old supervisory groundskeeper at the golf course became infatuated with his employee, who was 32 years his junior. She was not interested in his romantic advances, and made this clear to him. Nonetheless, he continued to pursue her, and when he felt rebuffed, harassed her with verbally abusive language, bullying, stalking and surveillance. She was a single mother who needed her employment to support herself and her child, and as a result of the harassment she was under great stress. Nonetheless she wrote a letter to the directors of the golf course complaining as to the harassment. The directors immediately terminated the supervisor. He sued for wrongful dismissal. Justice Hollins of the Alberta Court of Queen’s Bench dismissed the wrongful dismissal action on the basis that his termination was justified as a result of his harassment of the employee.

This decision is helpful in that it suggests minimum duties of an employer in the face of sexual harassment by one of its staff. Justice Hollins suggests that there is no “hard and fast rule” about whether an employer must issue a warning to the alleged sexual harasser,3 and found that in this case, as the harassment was so severe, a warning was not necessary prior to termination. In this case the golf course did not have a Harassment Policy in place. Justice Hollins found fault with the golf course for not conducting an adequate investigation of the complaint, including a failure to interview the employee as to her complaint. Notwithstanding this failure, however this did not automatically “obviate a justified summary termination”.4 In the result Justice Hollins concluded that the harassment was so severe that termination of the supervisory employee was for just cause.

This earlier leading Alberta authority, Leach v. Canadian Blood Services, 2001 ABQB 54, suggests that, in terms of best practices, in the face of sexually harassing behaviour towards one of its employees, the employer should:

Adoption of these steps will go a long way to establishing that procedural fairness was given to the alleged harasser, in the event of termination of the harasser and a following wrongful dismissal suit.

In addition to the above, we also recommend that employers:

Sexual harassment and sexual assault in the workplace (or any place) is abhorrent and should be condemned. Perpetrators should be subjected to serious consequences and discipline up to and including dismissal. Victims must be heard and their experiences learned from. They must be supported through the investigation process. Their experiences must not be minimized or invalidated even when there is conflicting evidence from the accused. Employers must have robust policies in place to deal with harassment and assault and need to follow them. In order for victims of harassment or assault to feel free to come forward they need to have faith that there is a just system in place to deal fairly and compassionately with the complaint. However, the imperative to believe and support the accuser cannot overwhelm the requirement for employers to conduct fair and balanced investigations. These are two imperatives and are not mutually exclusive. We have come to a societal reckoning that is long overdue. If we proceed with thoughtfulness and compassion, we will be able to address harassment complaints in a manner that supports the victim and provides a just result for the perpetrator.

In the event you have questions about sexual harassment in the workplace or any other employment or human rights issue, please CONTACT Carbert Waite LLP, as we have proven legal experience in this area, and we would be pleased to help.