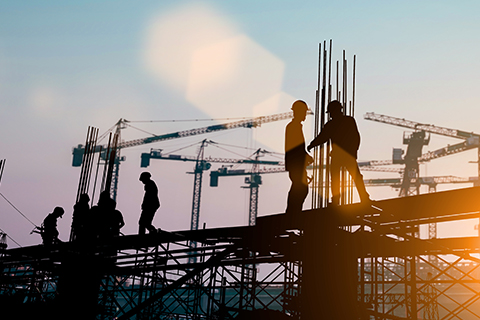 We have all heard horror stories where a contractor is engaged by a homeowner to complete a kitchen renovation and delivers a sub-standard product or, on the flip-side, where the contractor delivers a magazine worthy product and the homeowner refuses to pay. Often, these disputes are over a relatively small amount of money. The cost and time associated with a lawsuit prevents the parties from pursing a claim through the Court system. If Court action is pursued, it can take years to bring to trial only for the reward (if you are successful) to be eaten-up by legal fees. In short, the modern litigation system is not appropriate for many construction disputes (regardless of the size). The solution – the smart contract.

What are Smart Contracts?

Smart contracts were first proposed in 1994 by Nick Szabo, an American computer scientist. They are essentially automated agreements between the contracting parties. Written in code, the agreement is encrypted and added to the blockchain, making it immutable, irreversible and secure.

Now, you may ask, how can a smart contract streamline the dispute resolution process in a  home renovation agreement? Well, let’s explore this together and let’s also keep in mind the exponential rate at which technology is developing and being adopted. Leave your cynicism at the door for a moment and allow yourself to image the potential.

How can Smart Contracts Work in Construction?

Let’s assume that I have contracted you to renovate my kitchen. We agree on the scope of work and the cost, $60,000. We also agree that 50% of this will be paid to you when you complete half of the job with the other 50% upon completion. This is all written into a smart contract, encrypted and placed on the blockchain. Our contract is crystalized and cannot be changed unless we enter into a new smart contract. We have created certainty in that it is clear what the governing document is.

Better yet, instead of you hoping I am good for the money, we agree that I will pay the first $30,000 installment into a blockchain escrow system before you commence work. This satisfies both parties as you know that I am good for the money and I know that you are not going to take my money and run. Plus, this means that both parties have skin in the game. For example, you want the money and so will do the work, and I have, in a way, already paid for the work.

You complete the first half of the work and I am happy with the product. The escrow system releases the first installment to you and the smart contract is already setup to, on release of the first $30,000, take another $30,000 from my bank account and put it into the blockchain escrow. Again, you know I am good for the second $30,000 payment and I know you cannot run off with these funds.

What if We Disagree on the Work Performed?

You complete the second half of the work. This time however, something goes wrong. This time, you say that the kitchen renovation is done, but I take the position that you painted the walls the wrong colour and refuse to release the remaining $30,000 to you. We could pursue the $30,000 through the traditional court system, spend a bunch of money, and eventually have a decision. But by then so much time would have passed and we would have spent so much money we would query if the effort was worth it. Luckily, we had the foresight to draft into our smart contract that we would resolve any disputes through a decentralized dispute resolution system – let’s call it “DecentraCourt.”

DecentraCourt is a blockchain enabled platform that focuses on streamlining the justice system through a pool of (verified) DecentraCourt jurors who act as the decision makers. To pay for this, we both stake a portion of the $30,000 remaining in escrow. In this instance, we both stake $2,500. We have created cost certainty for the litigation.

DecentraCourt then ‘advertises’ our case to its jurors who can accept or decline the matter. DecentraCourt will then randomly select the panel of jurors from those who accepted the matter. These jurors will hear our case and decide an outcome.  In this case, I was found to be in the wrong and the jurors decided to release the remaining $30,000 to you less the $5,000 that we staked. This $5,000 goes to the jurors for their work. The jurors then rate each other on the quality of their work and the rating system determines the probability of that juror being selected again.

In this hypothetical scenario, we have efficiently disposed of the disagreement and both parties can move on with their lives.

Benefits of the System / Parallels to the Traditional Court Model

There are parallels to this in the traditional court system. DecantraCourt is similar to private arbitration. However, since it is decentralized and the default dispute resolution mechanism in is the smart contract, it would provide results faster (one can envision built-in deadlines), cheaper (it would be virtual and would do away with certain formalities of Court), and more efficient (the jurors could even be drawn from a pool of experts.

The escrow funds in the smart contract are similar to performance bonds. However, performance bonds are generally reserved for major construction or infrastructure projects. They are not readily accessible to the average consumer in residential construction. Through a secured payment system, the smart contract avoids the need for a “middle person” – i.e. the surety/insurance company (as is generally required with performance bonds). Additionally, the use of the technology (through a simplified app) makes this process user friendly and streamlined. The security of smart contracts as well as outcome certainty (certainty of payment and certainty of an efficient and speedy dispute resolution system) would encourage user buy-in.

Technology developments, such as smart contracts, effective brings sophisticated construction management tools to the average consumer, but in a more efficient and streamlined manner. Tools that are traditionally reserved for major players in the construction industry – performance bonds and arbitration – would no longer be accessible only to corporations with deep pockets. We could all benefit from these tools through smart contracts and DentraCourt.  In any event, I expect the major players will also be moving to smart contracts.

Is this system going to happen tomorrow? No.

Are there issues with the above example? Yes.

Yes, DecentraCourt is a ways off, but smart contracts in construction are just around the corner.

Thank you to Sir John Hargrave and his book, “Blockchain for Everyone” for inspiring this post.