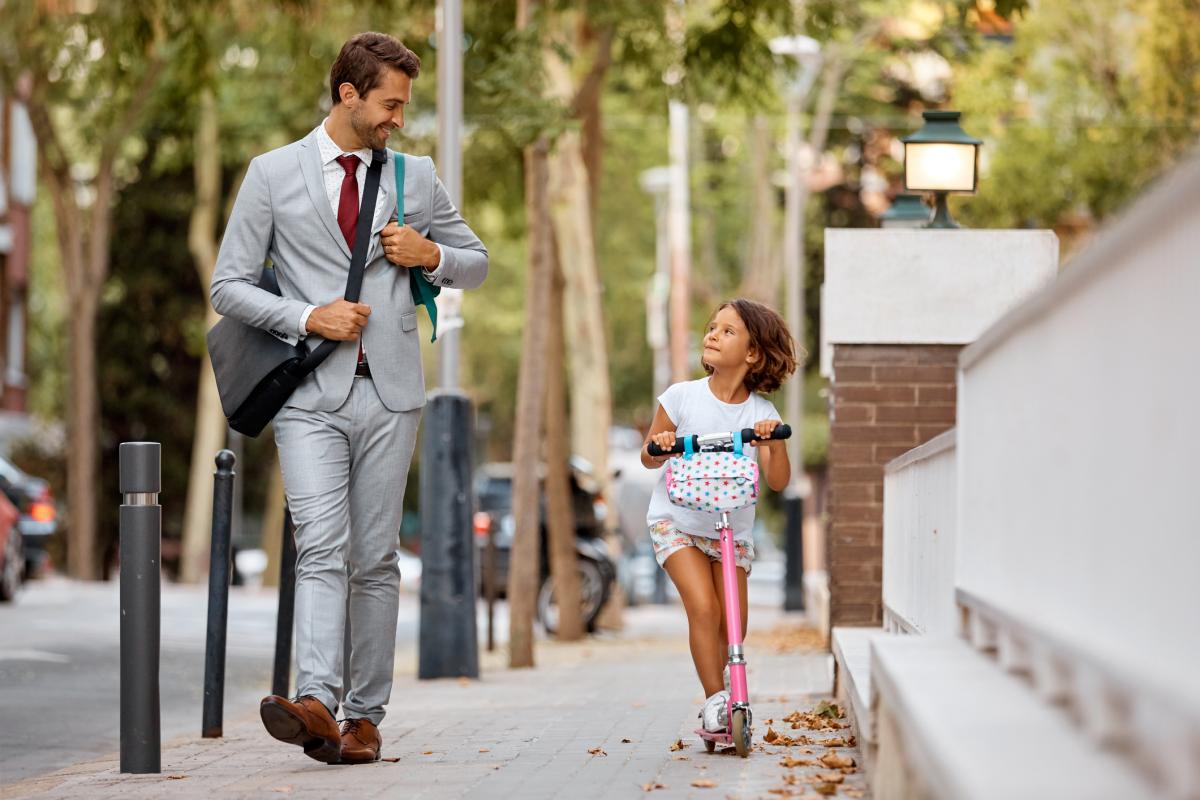 Organizations generally expect their employees to understand the challenges faced in their particular industry and work together to meet objectives. However, the Alberta Human Rights Act (the “Act”) is powerful legislation that significantly affects employers’ options for policy setting, and creates significant challenges for the human resources management team.

The Human Rights Commission and our courts interpret the Act broadly so as to give effect to its purpose, which is written in its preamble:

WHEREAS it is recognized in Alberta as a fundamental principle and as a matter of public policy that all persons are equal in dignity, rights and responsibilities without regard to race, religious beliefs, colour, gender, gender identity, gender expression, physical disability, mental disability, age, ancestry, place of origin, marital status, source of income, family status or sexual orientation

Employees may seek family status accommodation when they experience changes in family status, such as when they become parents or when they experience challenges balancing their family lives with their employment obligations. An employer that does not take the accommodation request seriously does so at its peril. The Act obligates employers to work with their employees to try and find workable accommodation. The limit of this effort is “undue hardship”, which is difficult to establish to the Tribunal or Court’s satisfaction. The Supreme Court of Canada has ruled that employers are required in all cases to accommodate the characteristics of affected groups within their standards – rather than maintaining discriminatory standards supplemented by accommodation for those who cannot meet them.

A discrimination claim typically arises where an employee has a new family obligation such as childcare that conflicts with their ability to meet the employer’s job demands or standards, or where the employer has imposed an obligation on the employee which conflicts with their existing family obligations. For example, imposing variable or fluctuating work hours, which can interfere with an employee’s ability to secure childcare arrangements. A complaint to the Human Rights Commission can become highly problematic. The Human Rights Tribunal has significant powers, including the power to reinstate an employee to their position (with back pay).

To be a bona fide occupational qualification and requirement a limitation … must be imposed honestly, in good faith, and in the sincerely held belief that such limitation is imposed in the interests of the adequate performance of the work involved with all reasonable dispatch, safety and economy, and not for ulterior or extraneous reasons aimed at objectives which could defeat the purpose of the [human rights legislation]. In addition it must be related in an objective sense to the performance of the employment concerned, in that it is reasonably necessary to assure the efficient and economical performance of the job without endangering the employee, his fellow employees and the general public.

The Supreme Court of Canada later established the following three-step test, which the employer has the onus to meet:

In short, the employer will not likely receive the benefit of the doubt. Simply stating that a policy is an occupational requirement is not likely going to be enough.

Denying a Request for a Family Status Accommodation

The challenges faced by employers is illustrated in the recent case of Vander Heyden v. City of Lethbridge, 2022 AHRC 11. The complainant, Jesse Vander Heyden (“Jesse”), worked in the City’s transportation department in a casual and seasonal position between 2014 and 2019. Each spring, the City had rotating seasonable night shifts to carry out road sweeping, which Jesse had been able to work without issue until early 2019, when he ran into difficulties finding childcare and could no longer work the night shifts. He asked the City to allow him to work on day shifts instead. He alleged that the City refused to accommodate him because “he should not be working in the transportation department if he was unable to work night shifts, as they were a requirement of his position and that full-time employees would have preference for day shifts.” Jesse asked his union to file a grievance, which it refused to do. Jesse resigned and filed a complaint with the Alberta Human Rights Commission.

The City argued that it considered Jesse’s accommodation request, but that night shifts were a BFOR. The Director of the Human Rights Commission agreed and dismissed Jesse’s complaint.

However, the Human Rights Tribunal overturned the Director’s decision and ordered a full hearing to take place. The following excerpt from the Tribunal’s decision demonstrates the scrutiny placed upon the employer and the standard of proof that it is required to meet.

[21]      In the present case, [Jesse] identifies as a parent with childcare obligations, informed [the City] of those obligations and how they would conflict with the 2019 seasonal night shift due to changes in family circumstances, and requested accommodation.

[22]      While [the City] raised the objection that [Jesse] had been available to work the night shift in past years, [Jesse] explained the changed circumstances including the 2017 birth of his child and the need for his partner to work modified evening and morning shifts in the spring. Based on the information provided, the altered situation justified [Jesse]’s approach to [the City] for accommodation based on a protected ground.

[23]      … [Jesse] provided information regarding his struggles to find alternate care, including explaining the difficulties faced by other family members in caring for his child, as well as concerns about the child’s health related to irregular childcare.

[25]      … [the City] has stated that working the night shift is a bona fide work requirement and integral to the post. [Jesse] has recognized this, but also raises the objection that the requirement is not stated in the job description for his post. While this would be a decision for a hearing tribunal to make, the information suggests the parties agree that working night shifts is part of the seasonal and casual position. At the same time, [Jesse] and [the City] accepted that it was important to seek accommodation and engaged in meetings in the weeks prior to the commencement of the night shifts.

[27]      [Jesse] contends that, apart from statements by [the City] Human Resources Consultant, there is no evidence that [the City] contacted other crew members to determine if they would be willing to switch shifts with [Jesse]. [Jesse] has provided text messages he contends support this allegation, along with a letter from a former supervisor with knowledge of the accommodation efforts.

[28]      As a result of the alleged insufficient efforts at accommodation, [Jesse] states that, as per his April 12, 2019 meeting with [the City] human resources, he was left with no other options than returning to work and continuing his efforts to locate childcare, or being laid off and starting his spring season rotation after the night sweeping shifts were completed.

[30]      In this case, [the City] states that it surveyed the possibility of switching [Jesse] out with an employee on the day shift, but that it was not possible. [Jesse] has provided information questioning whether this occurred. Unfortunately, [the City] has not provided any information outlining its efforts in this regard or the alleged constraints imposed by the collective agreement. All that I am able to glean from the information is [the City]’s denial that this option was available based on [the City]’s statements.

[31]      [The City]’s alleged inability to locate another employee willing to switch shifts resulted in the only option being a delay in the commencement of [Jesse]’s return to work until the night sweeping shift was completed. [The City] relies on its unsuccessful efforts to narrow the options for accommodation down to the sole option of postponing [Jesse]’s return to work, but provides no information, at this screening level, to confirm such efforts were taken.

[32]      On April 12, 2019, [Jesse] informed [the City] that he could not afford being laid off and would attempt to find adequate childcare. Ultimately, due to ongoing struggles with the childcare arrangement, [Jesse] submitted his notice on April 29, 2019. At this point, there is no indication that [the City] suggested alternate accommodation.

[33]      As already noted, it is the case that an employee is required to participate in the accommodation process. Similarly, an employee cannot insist on a particular accommodation and then resign his job when that particular accommodation is denied. However, in this instance, there is a dispute as to whether [the City] initially made sufficient efforts to locate alternate shifts for [Jesse], which in turn limited the options on his accommodation. With no further or ongoing efforts to accommodate [Jesse]’s childcare needs, it is an open question as to whether the accommodation process had broken down, leaving [Jesse] with no workable options at the time of his resignation.

[34]      The goal of human rights legislation in the employment context is to ensure that all citizens have the opportunity to participate in the workforce without discrimination on prohibited grounds. In this instance, there is a dispute as to whether [the City] fulfilled its accommodation obligations. The information before me does not allow me to determine that [the City] actively considered options regarding shift changes.

[35]      Having reviewed all the information, and for the reasons above, there is a reasonable basis in the information to proceed to a hearing. I am therefore overturning the Director’s decision to dismiss the Complaint. This matter will be referred to the Chief of the Commission and Tribunals.

If you would like to learn more about strategies to limit exposure to human rights complaints, please contact Carbert Waite’s Human Rights Employment Lawyers.