Blog // Employee Incentive Programs and Without Cause Terminations 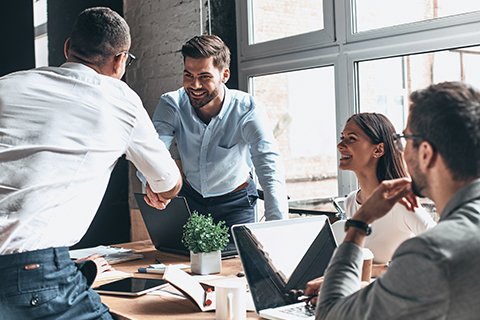 Employers often use employee incentive programs to recognize and reward good performance and retain employees. To ensure these programs have their desired effect, many employers implement policies that govern – and carefully describe – when the employee is entitled to the incentive and when they are not. More often than not, employers use these policies to limit an employee’s entitlement to a particular incentive when the employee’s employment is terminated without cause, which has produced an appreciable amount of litigation in recent years.

For example, in  Styles v Alberta Investment Management Corporation, a former employee challenged the employer’s decision to terminate his employment after 23 years of service on the basis that, among other things, his termination was a breach of the duty of good faith because it had the incidental effect of disentitling the former employee of a long-term incentive. The Alberta Court of Appeal dismissed the former employee’s challenge and held that the duty of good faith did not apply to the employment relationship to preclude an employer from exercising its prerogative powers to organize the workforce as it sees fit, including terminating an employee’s employment without cause. Although Styles is still the law in Alberta, the Supreme Court of Canada is anticipated to revisit Styles in a constructive dismissal case called Ocean Nutrition Canada Ltd v Matthews in the fall of 2020.

Another example is Battiston v Microsoft Canada Inc, a recent case from Ontario that should give employers pause about the enforceability of termination provisions in their employee incentive programs.

Mr. Battiston received this type of email from Microsoft each year and testified that his practice was simply to click acceptance of the stock plan without reading the terms of the Stock Awards Agreement because of its length.

Microsoft terminated Mr. Battiston’s employment without cause in August 2018. At the time, Mr. Battiston had 1,057 awarded but unvested shares.

At the trial of Mr. Battiston’s wrongful dismissal action, he challenged the enforceability of express language in Microsoft’s Stock Awards Agreement that purported to terminate any unvested stock bonuses in the event of termination without cause. Mr. Battiston argued:

The court held Mr. Battiston was entitled to damages in lieu of the 1,057 shares that remained unvested.

The court declined to rule on Mr. Battiston’s third argument.

Although courts in Alberta have consistently doubted whether the rule from Tilden Rent-A-Car Co v Clendenning (1976) applies in Alberta, employers should nonetheless take reasonable steps to draw to the attention of their employees any provisions of a bonus, short-term or long-term incentive, or stock bonus plans that purport to terminate the employee’s entitlement upon termination without cause.

If you have questions about your employee incentive programs, please contact any of Carbert Waite’s Employment Lawyers.