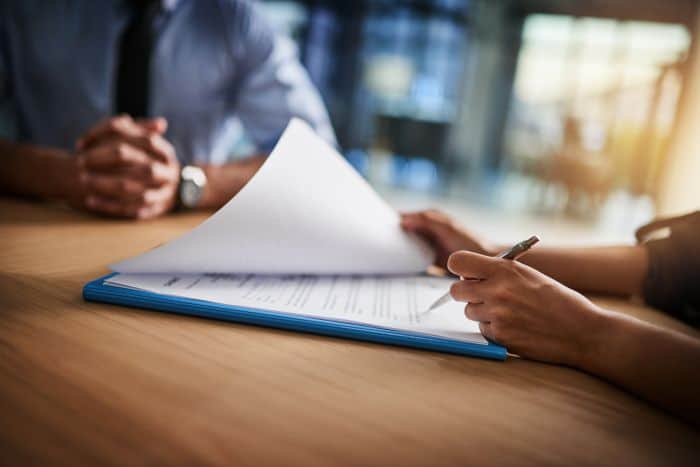 In the recently released Weir-Jones Technical Services Incorporated v Purolator Courier Ltd, 2019 ABCA 49, a five-member panel of the Court of Appeal of Alberta has now (in a 4-1 decision) purported to settle the test for summary judgment under rule 7.3 of the Rules of Court. The panel recognized that, since the Supreme Court of Canada’s call in Hryniak v Mauldin (2014 SCC 7) for a “shift in culture” with respect to the resolution of litigation, a rift has emerged in Alberta case law considering the test for summary judgment, particularly the standard of proof required to obtain summary judgment.

Justice Slatter (for the majority) illustrated this rift by comparing Can v Calgary Police Service (2014 ABCA 322) with Stefanyk v Sobeys Capital Incorporated (2018 ABCA 125), noting that in Can the Court of Appeal had suggested the moving party’s position must be “unassailable” or so compelling that the likelihood of success was “very high”; whereas, in Stefanyk it had proposed proof on a balance of probabilities. Slatter J. observed, however, that addressing the standard of proof applies only to findings of fact, and is not a stand-alone test for whether summary judgment is possible or appropriate. Rather, it is merely one of the steps in deciding whether there is a genuine issue requiring a trial and is not determinative of that question.

In searching for a solution to the divergence in the jurisprudence, Slatter J. went back to first principles underlying the modern law of summary judgment, proof, the type of record to be used in summary dispositions, and fairness.

Considering principles of summary judgment, Slatter J. opined that where the record allows for the judge to make the necessary findings of fact and apply the law, the summary judgment procedure should be used unless there is some substantive reason to conclude that summary disposition would not achieve a just result.

In considering principles of proof, Slatter J. stated that the party moving for summary judgment must, at the threshold stage, prove the factual elements of its case on the balance of probabilities and show that there is no genuine issue for trial. The phrases “no merit” and “no defence” in rule 7.3 are not to be viewed in absolute terms, but in the context of there being “no real issue”. If the moving party has met its burden, the resisting party will then have an evidentiary burden of persuading the court that there is a genuine issue requiring a trial. The resisting party may do this by showing that there are gaps or uncertainties in the facts, the record, or the law. It may also do this by raising a positive defence (such as a limitation defence) or demonstrating that the complexity of the issues makes the case unsuitable for summary disposition. Slatter J. thus held that even where the factual record has been proven on the balance of probabilities (the threshold burden on the moving party), the presiding judge must still be satisfied that it is possible to fairly resolve the dispute on a summary basis, having regard to the state of the record and the issues. Findings of fact do not displace issues of fairness.

Regarding the adequacy of the record in summary dispositions, Slatter J. observed that while the evidence need not be equivalent to that at trial, it must still be of sufficient quality for the judge to have confidence that the dispute can be fairly resolved by way of a summary process. The sufficiency of the record will depend on the issues and the source and continuity of the evidence, along with other considerations relevant to the circumstances. If the record permits, the presiding judge can make findings of fact; however, some issues of fact (such as issues of credibility, or conflicts in the evidence on material issues) may not be appropriate for summary adjudication. Slatter J. reaffirmed that the parties to a summary judgment application are required to “put their best foot forward”, and that the test for summary judgment is to be applied based on the record actually before the presiding judge. However, His Lordship noted that there may be circumstances in which the “best foot forward” approach is not strictly applied, such as when one party effectively controls all of the records and evidence, and it would be appropriate in the interest of fairness to adjourn the application to permit some pre-trial discovery.

Lastly, Slatter J. considered principles of fairness, observing that fairness is a “two-way street”: any right of a plaintiff to have a trial is offset by the right of the defendant not to have a trial on an unmeritorious claim. The overriding consideration is that summary disposition must be a suitable means to achieve a just result. His Lordship went on to note that while the law does not have to be beyond doubt before summary judgment can be granted, there will be times when the law is so unsettled or complex that it will not be possible to apply the law to the facts without the benefit of a trial. Also, complex factual issues (such as those arising from highly technical scientific or medical evidence) are often not appropriate for summary adjudication. Slatter J. opined that determining whether summary judgment is appropriate and fair involves an element of judicial discretion, and will often come down to whether the judge has sufficient confidence in the factual record. His Lordship further held that considerations of fairness will always be in the background, as the presiding judge is entitled at all stages of the summary disposition process to consider the fairness of that process and its ability to achieve a just result.

In summarizing the test for summary judgment, Slatter J. stressed that the analysis does not have to proceed sequentially, or in any particular order, and that the chambers judge may determine during any stage of the analysis that summary adjudication is inappropriate or unfair.

In this updated statement of the test for summary judgment under rule 7.3 of the Rules of Court, the majority of the Court of Appeal of Alberta in Weir-Jones have fully embraced the principles championed by the Supreme Court of Canada in Hryniak v Mauldin. Slatter J. (for the majority) held that the foundational criteria in that decision set the procedural framework of the modern law of summary dismissal, including the procedure for determining whether there is “no merit” or “no defence” to a claim under rule 7.3. His Lordship further found there to be no policy reason to cling to “the old, strict rules for summary judgment”, as that could only serve to undermine the “shift in culture” called for in Hryniak v Mauldin. It must be noted, however, that Justice Wakeling (though concurring in the result) wrote a lengthy dissent regarding the test for summary judgment espoused by the majority in Weir-Jones, particularly with respect to the standard of proof to be applied. Wakeling J. expressed the view that there is no valid reason in the post Hryniak v Mauldin era to interpret rule 7.3 in a manner different from that favoured before Hryniak v Mauldin, and he endorsed the standard of proof requiring a moving party’s positon to be so compelling that the likelihood of success is very high.

It is nevertheless clear from Weir-Jones that the Court of Appeal of Alberta has soundly rejected the presumption that most disputes should go to trial, and that it endorses the use of summary judgment when it is the proportionate, more expeditious and less expensive procedure.

It now remains to be seen whether this decision of the Court of Appeal has effectively resolved the rift that has emerged in the jurisprudence regarding the test for summary judgment under rule 7.3 of the Rules of Court, and in particular, the standard of proof required to obtain summary judgment under that rule.